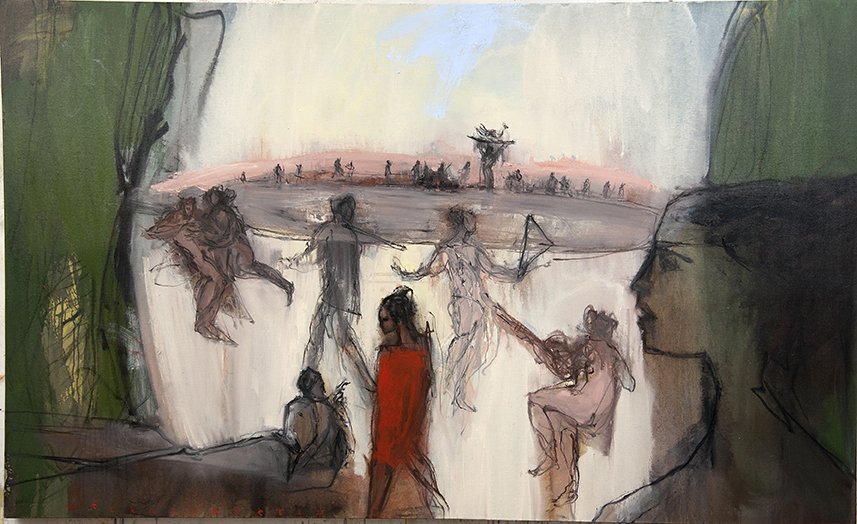 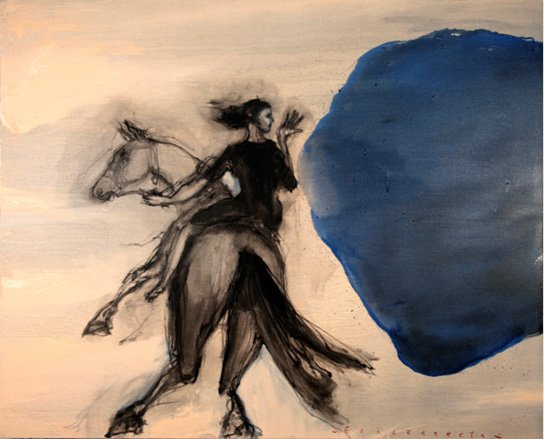 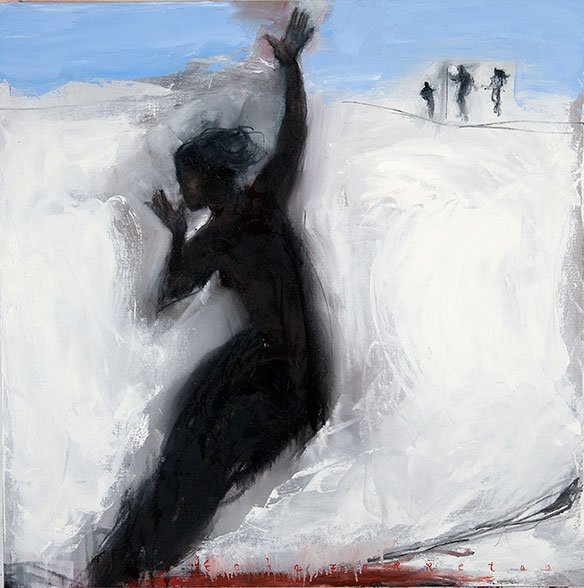 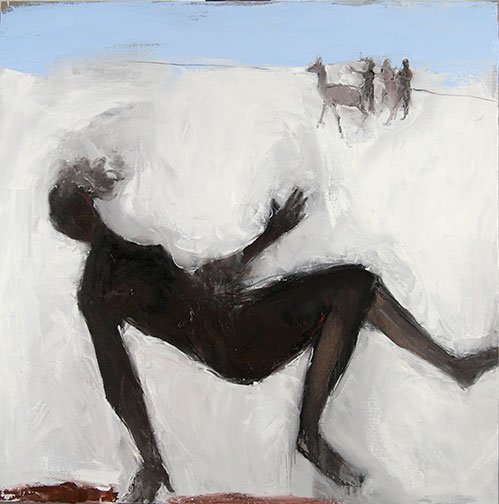 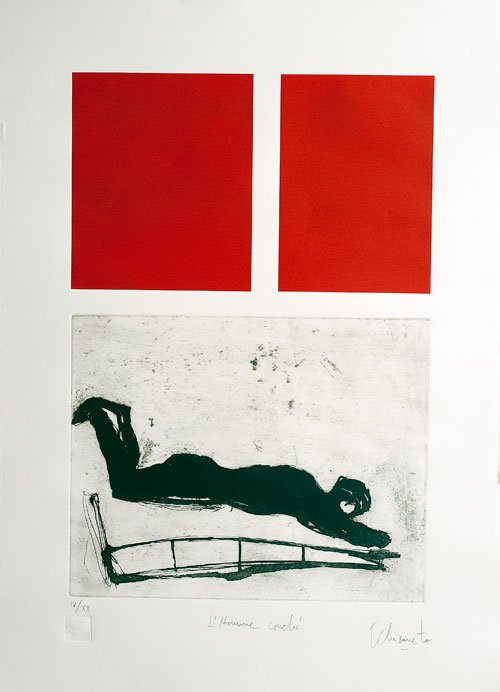 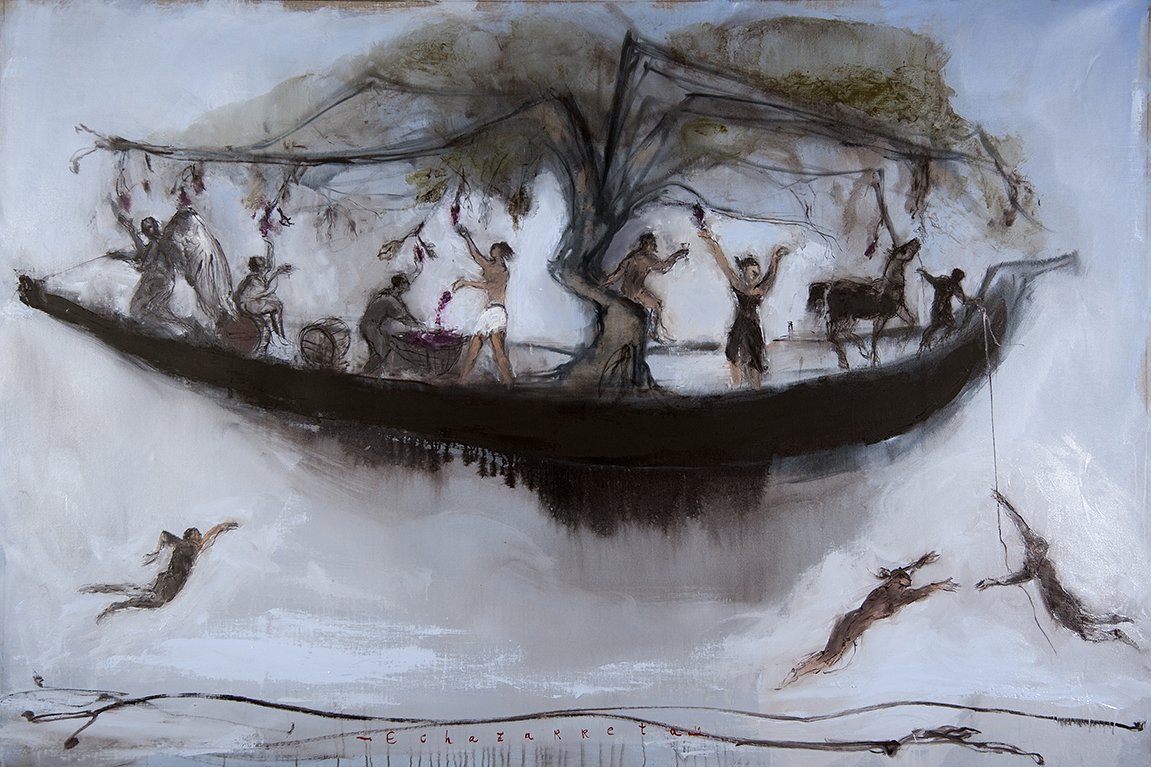 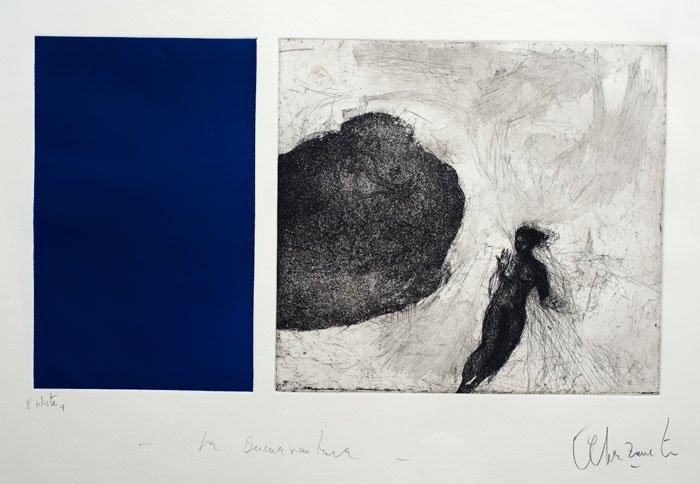 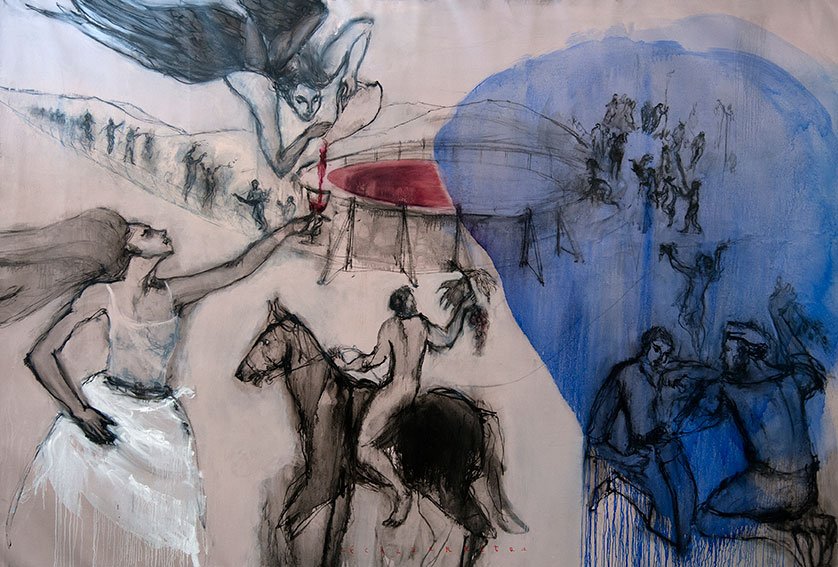 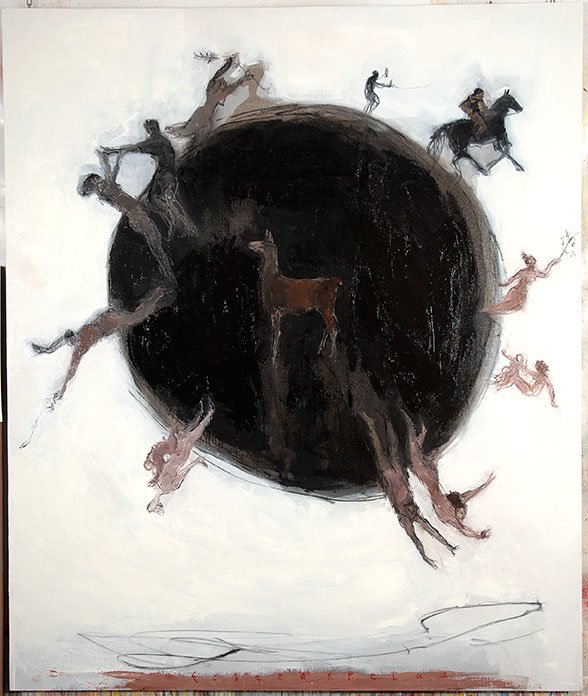 His current work retrieves drawing that was drowned in the materials of pigment and oil, thus nimbly narrating on a smoother canvas, with glazes and energetic strokes. He has always said about his work: «The origin of man in his travels to find himself in myths and in legendary countries that he has never visited.» Likewise, engraving has become my great ally, where black and white, the line and the splatter, synthesize my whole world on paper and thus prepares the work on canvas.

Then the iconic images appeared, such as the horse, the small boat, the vessel, above all the woman and what traveling can do, with which I have quoted Dante and Beatrice, Acteon and Diana. I’m still open to the poem that shows me the man we were and the one we can be.

“My return to Chile, a graphic country and one of contrasts, has distanced me from my work, the «dubious light» of the Seine Valley, (darling of the Impressionists) as well as my previous house in Normandy»