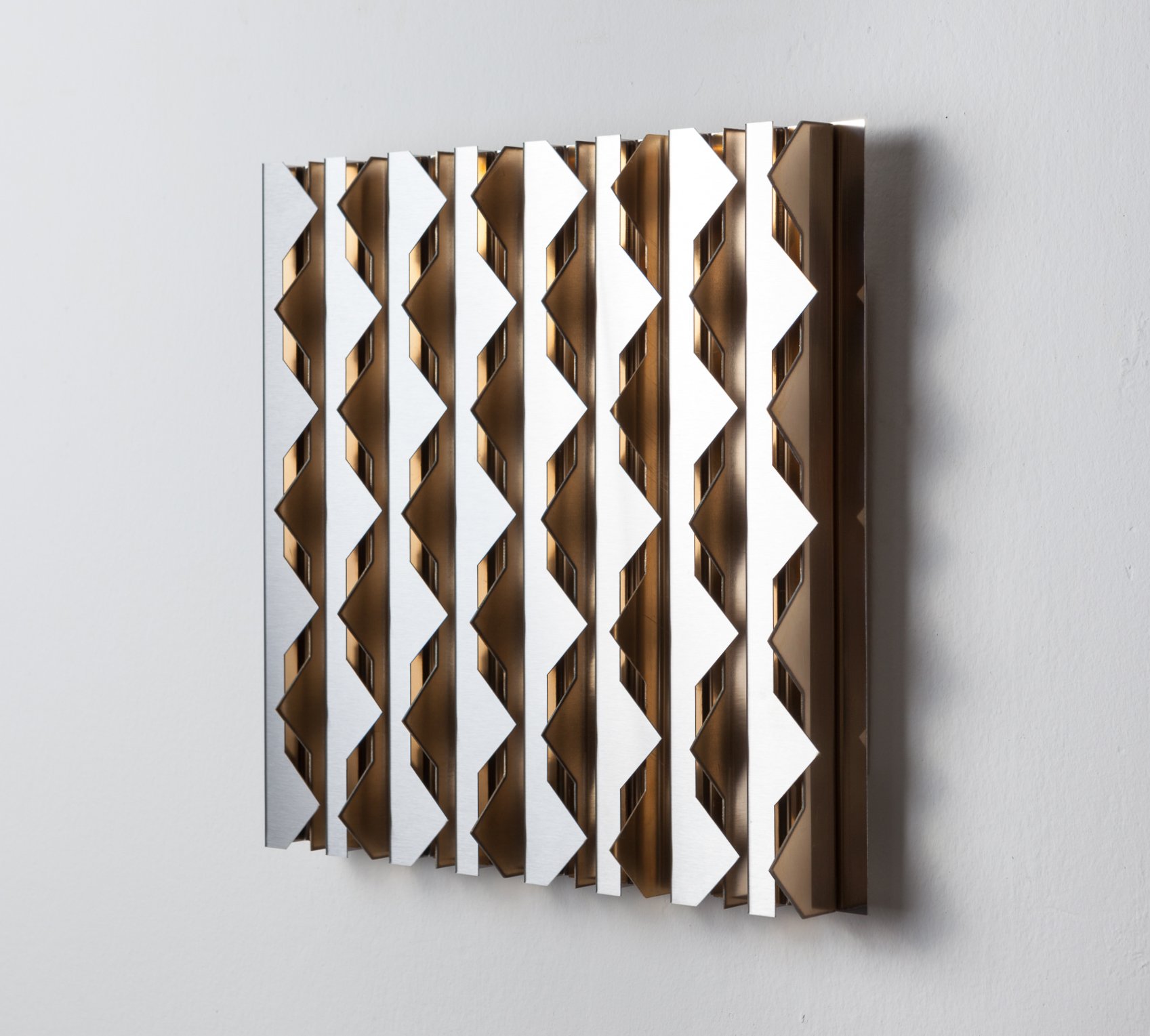 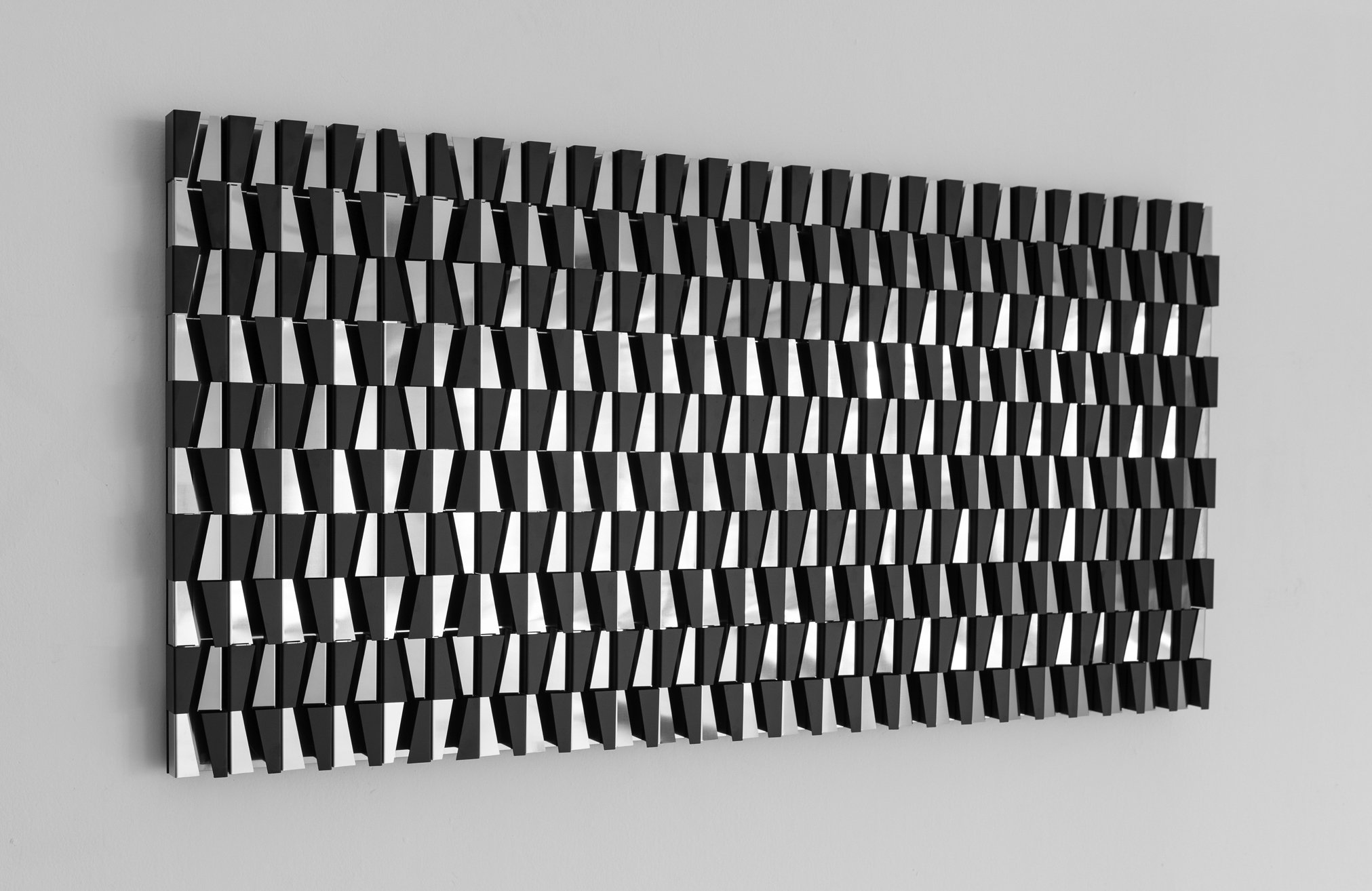 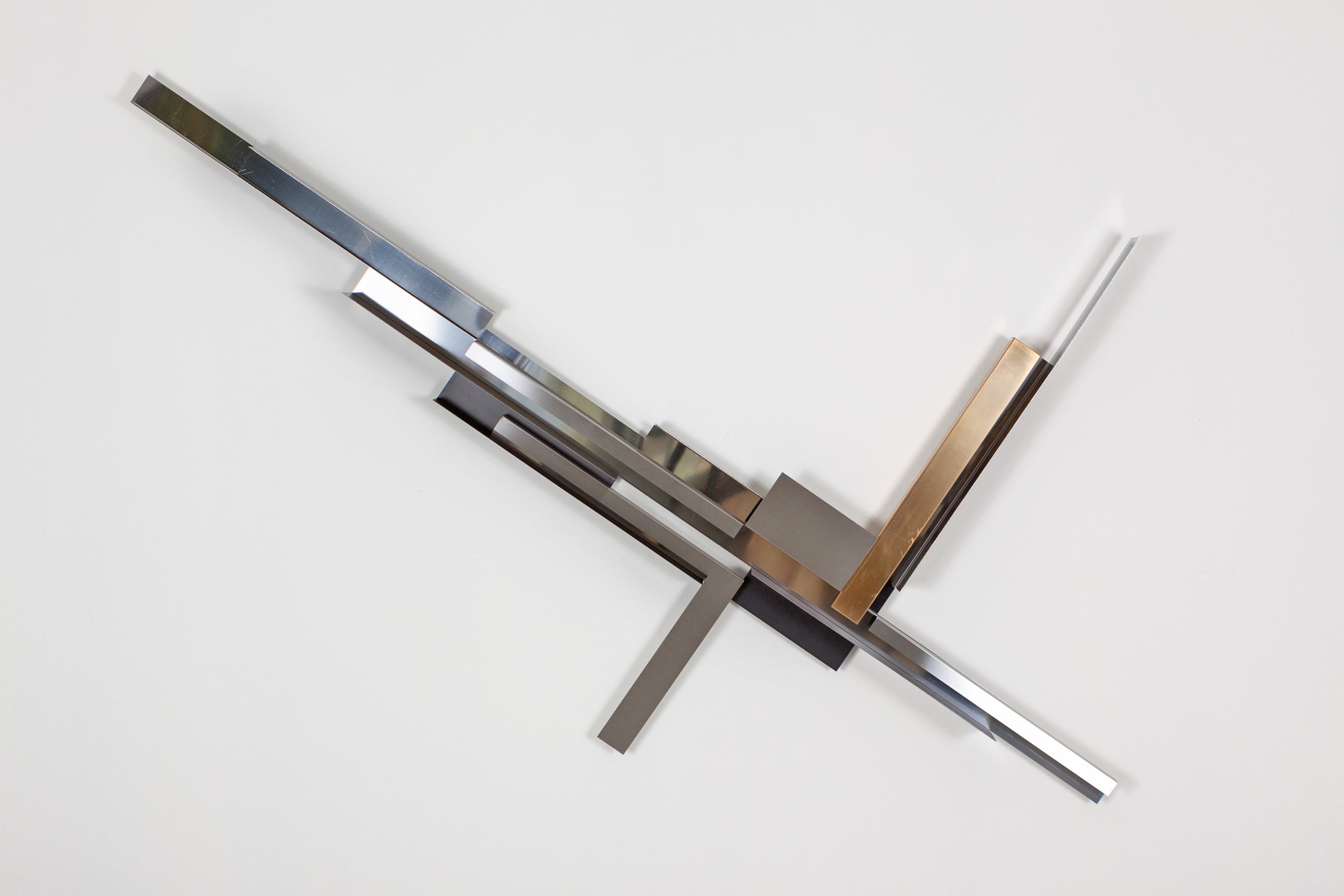 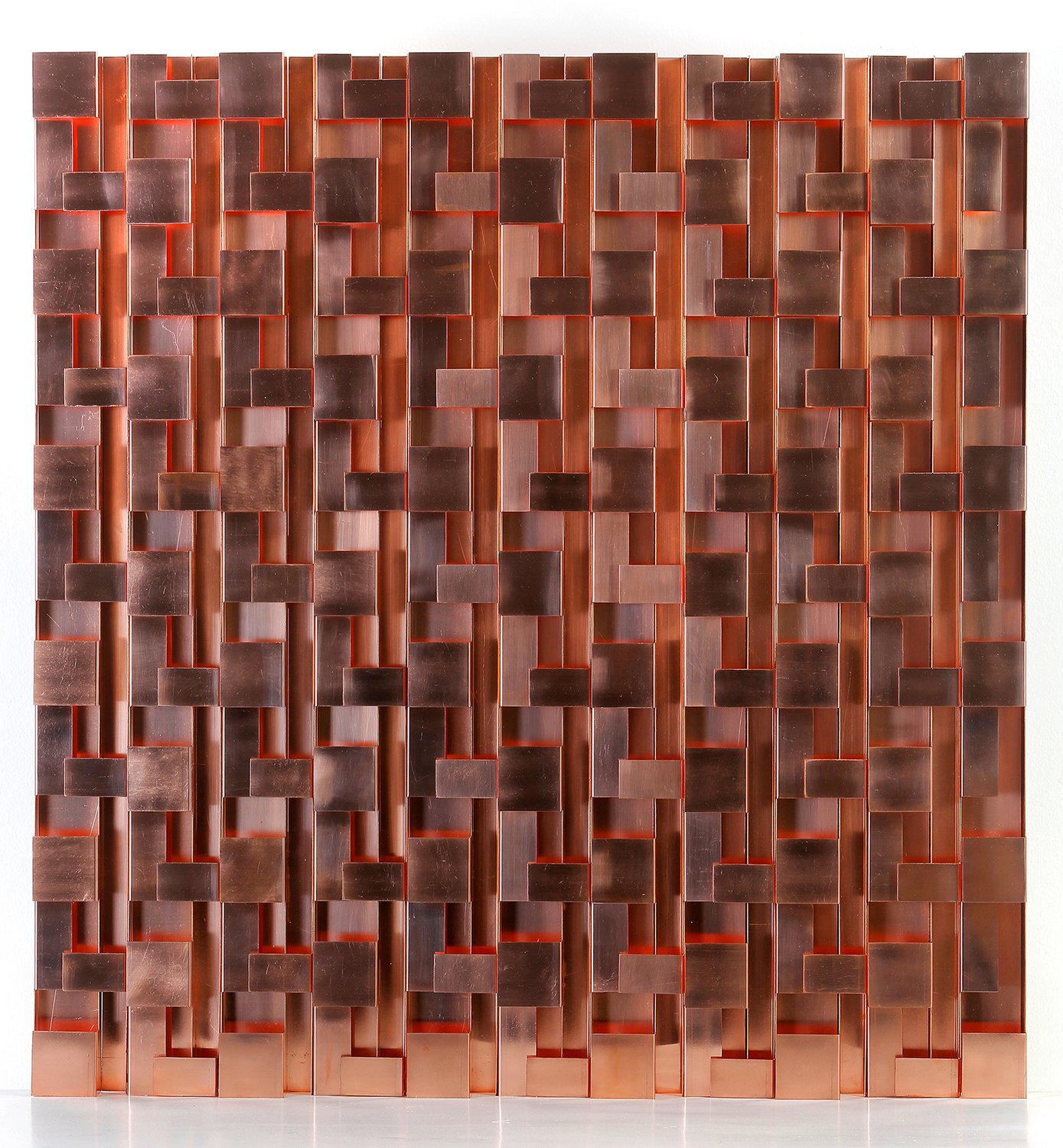 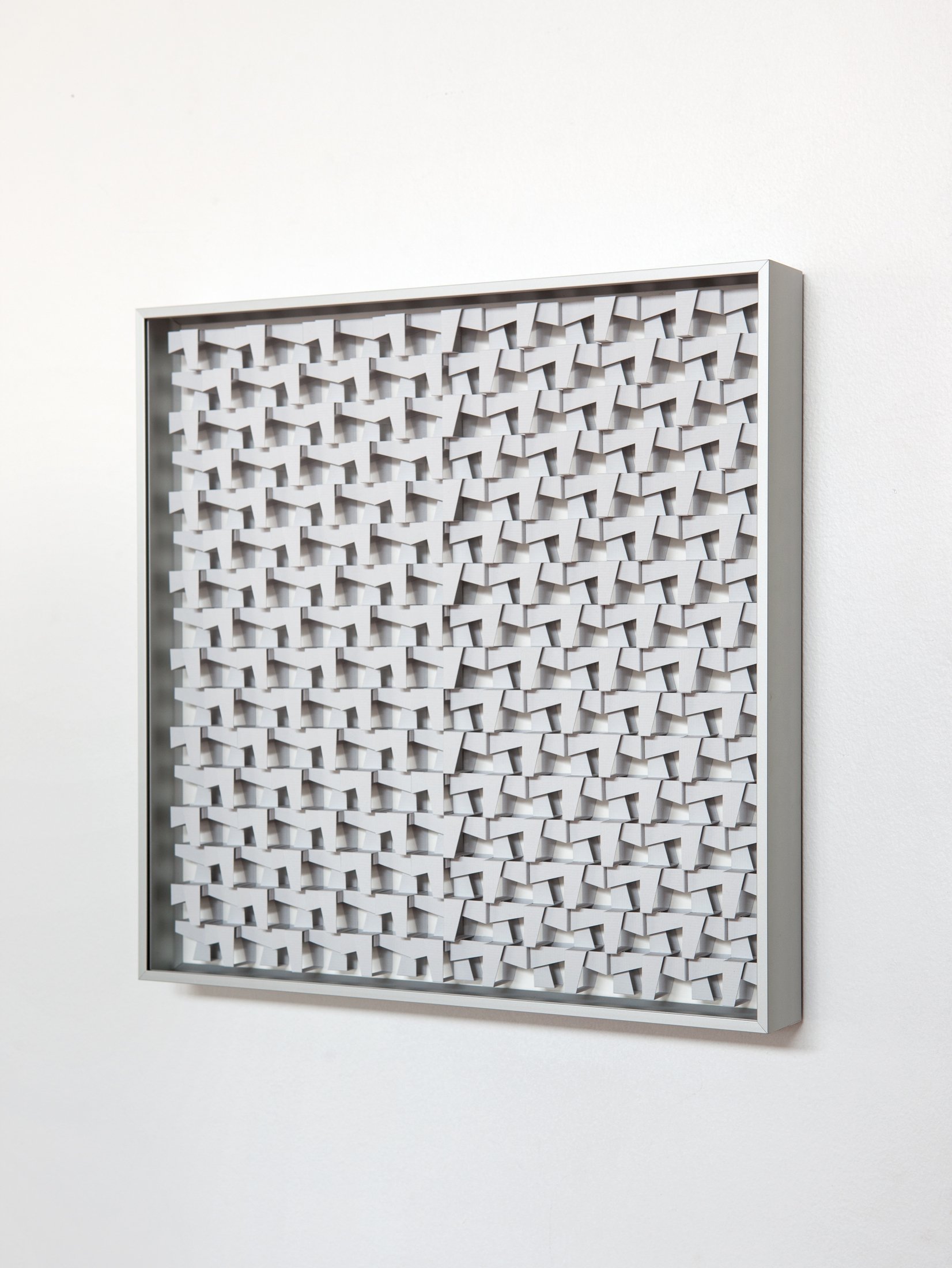 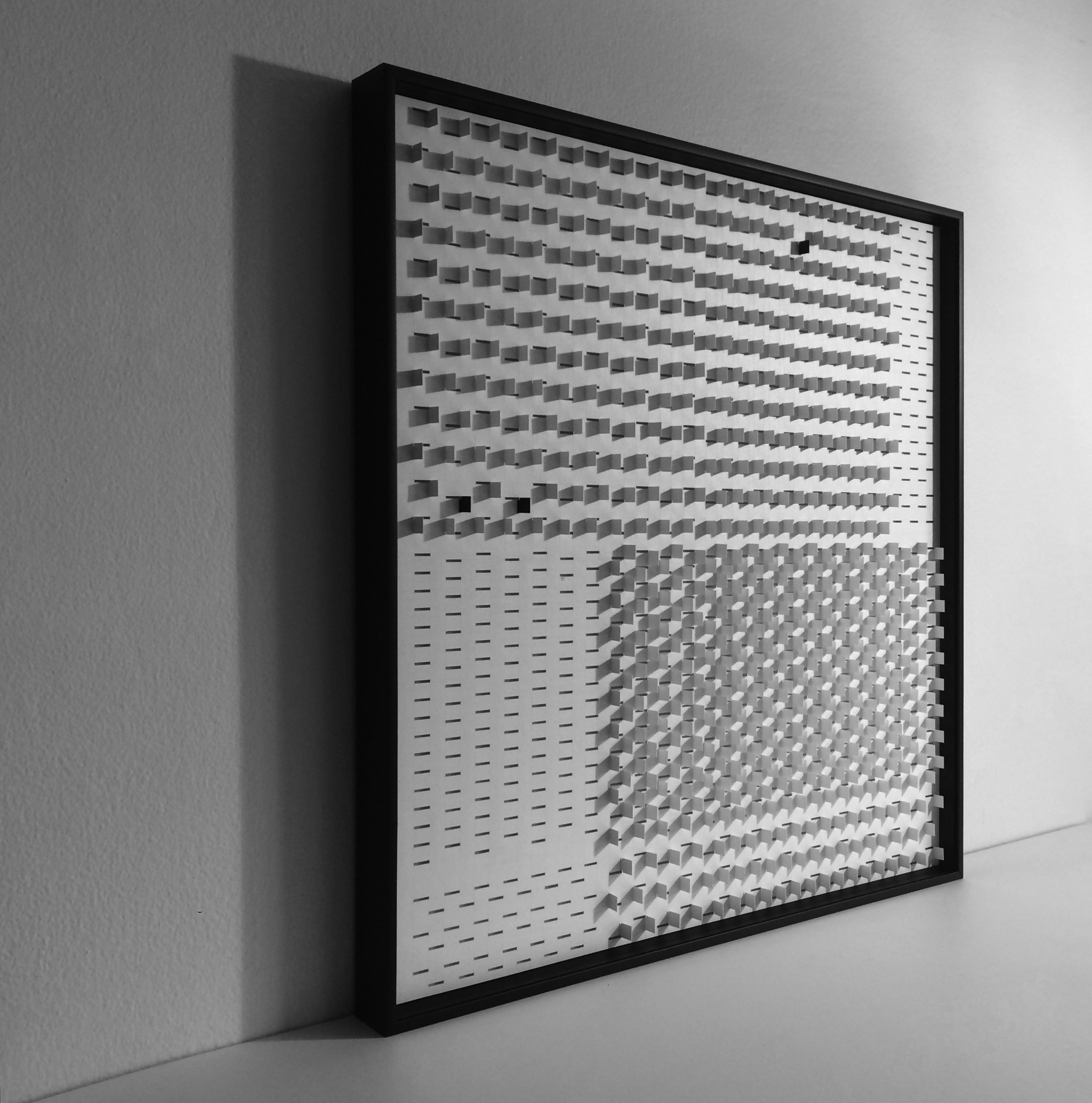 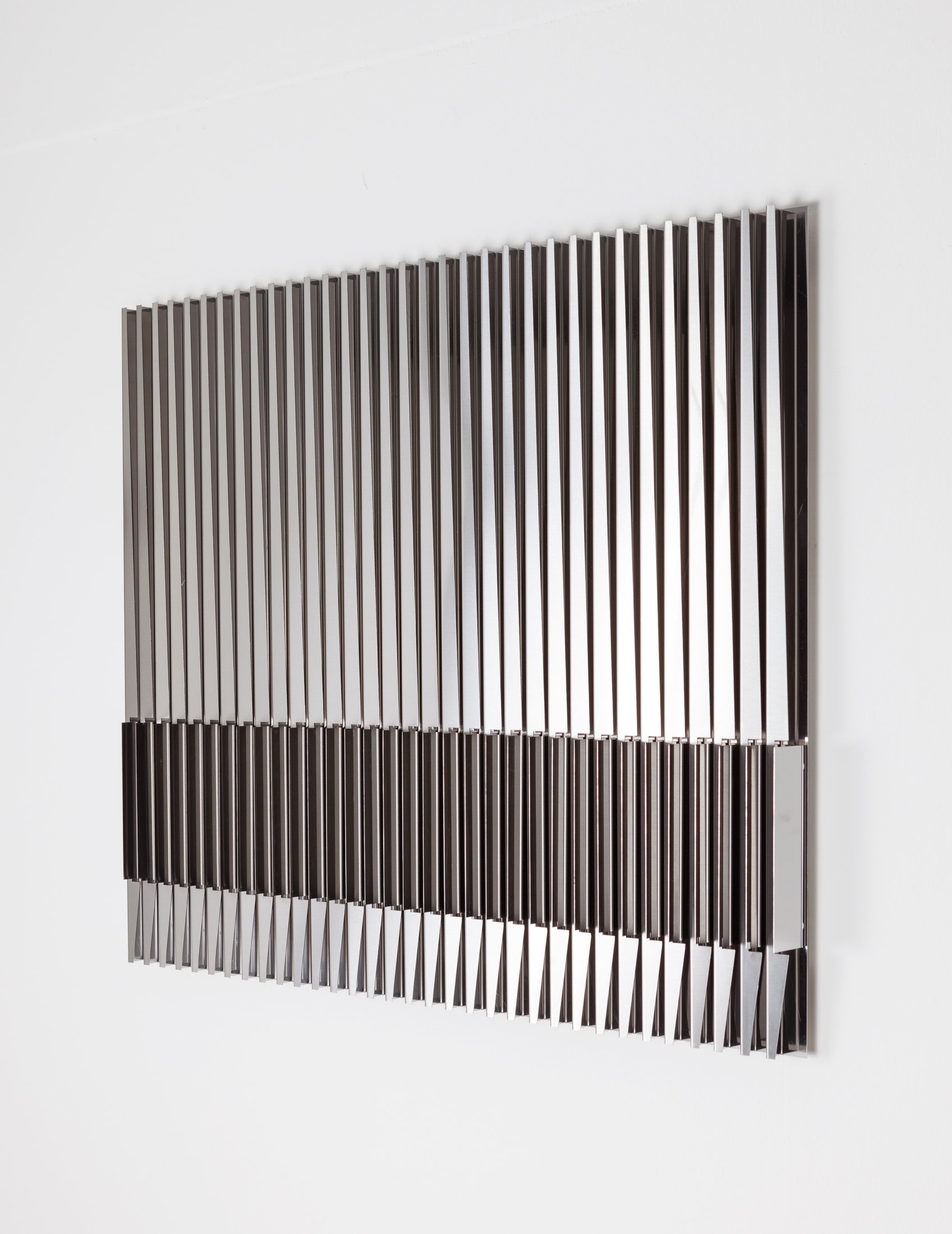 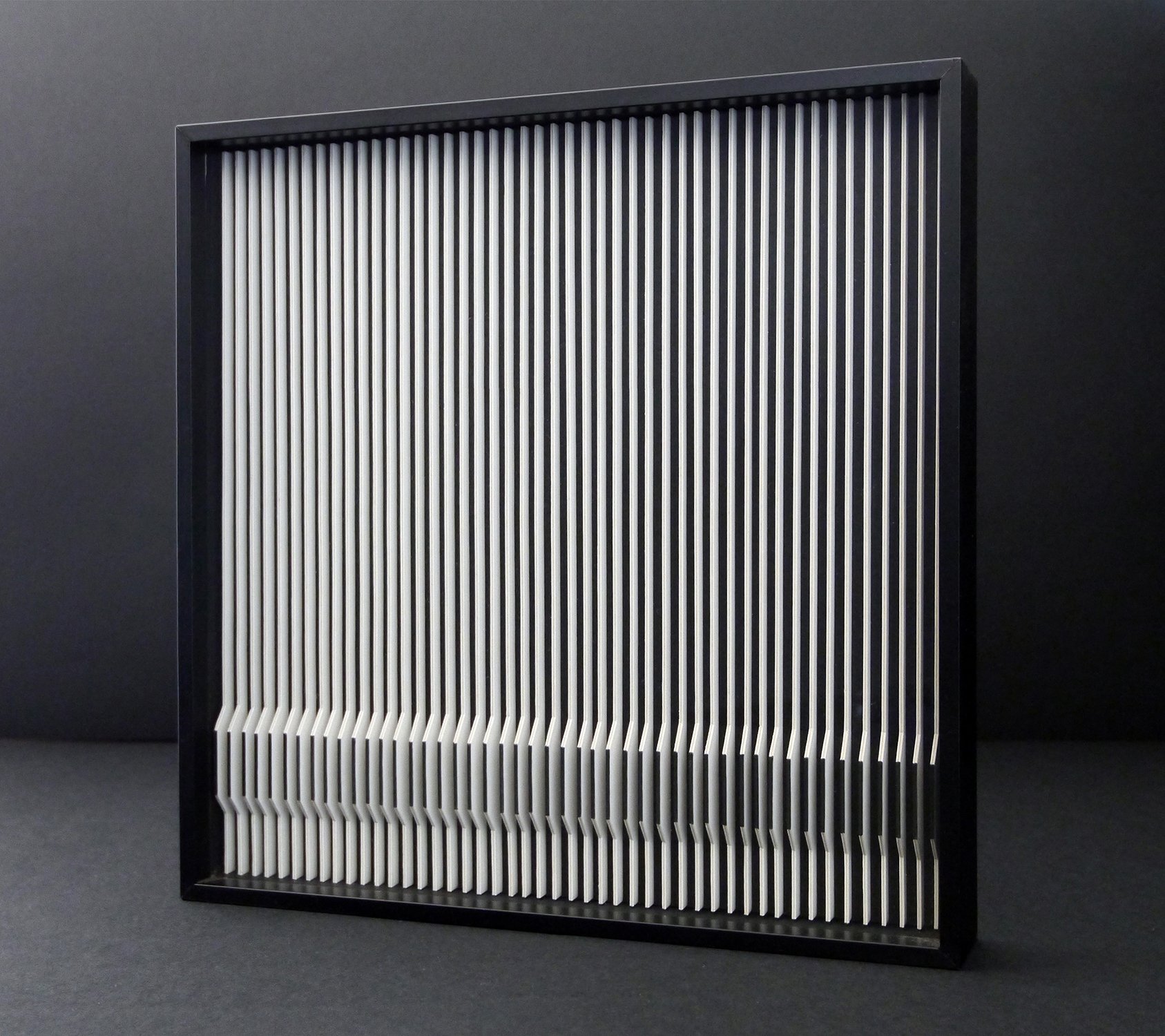 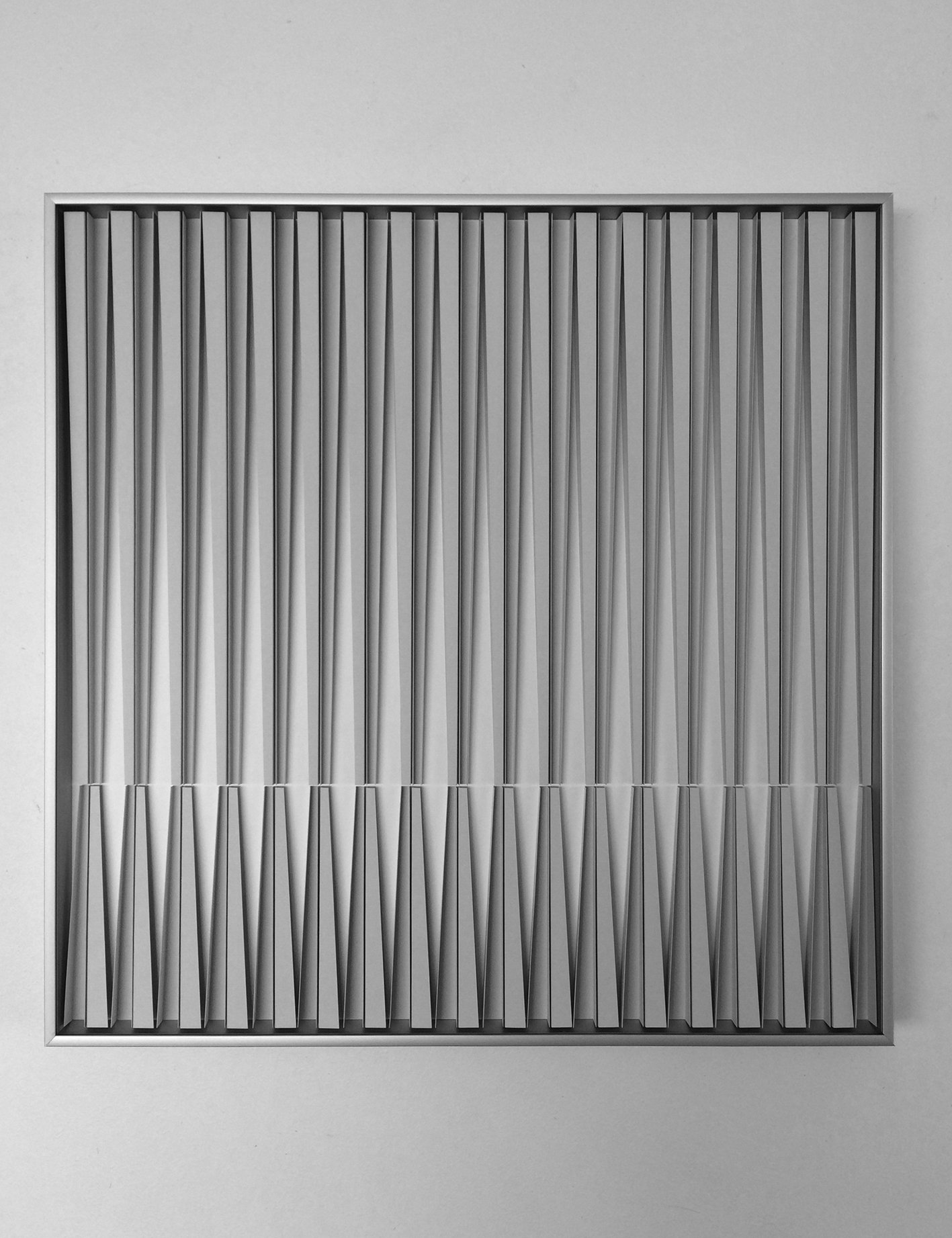 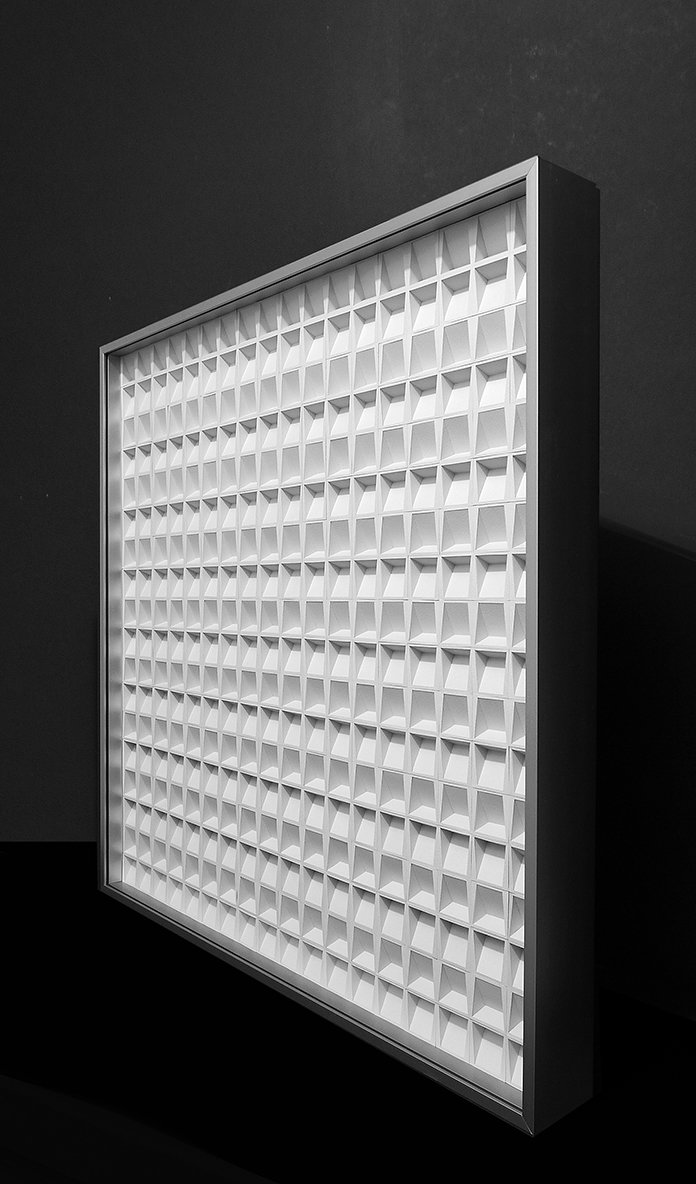 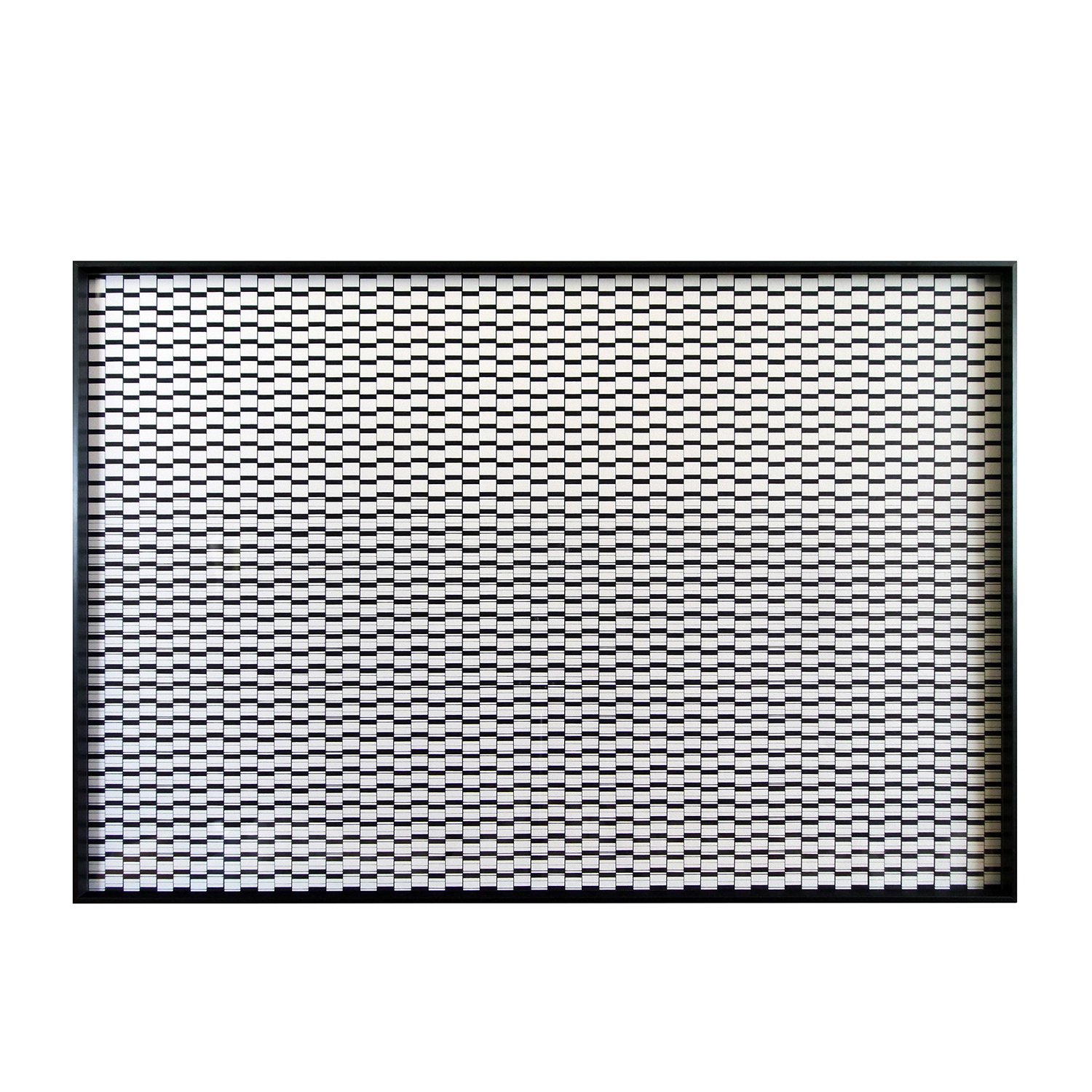 With an architectural cast and using a mathematical logic, her work, consisting of abstract compositions whose relationship of geometric and rectilinear elements seeks to generate spaces, must necessarily be observed from all angles and with lights of different intensities to be able to appreciate all its alternatives.

They are elemental structures that permit diverse possibilities and revelations through depths, volumes, lights, shadows, and a modular rhythmic proposal that generally introduces movement.

An integral part of the work is that the use of the materials be neat and exact with the sensitivity transmitted by a work executed by hand; until now a development that goes fundamentally around work with paper and its subtlety, through the execution of strokes, cuts, folds, joining together and linking. Currently, new explorations are added that incorporate the use of metals and alloys (copper, steel, aluminum and bronze), which allow, among other things, the inclusion of the variable, reflection.

Each one of her works is unique, varying in materials, textures, measurements, forms and formats; but they could also be grouped in series according to the similarity of the processes and operations.