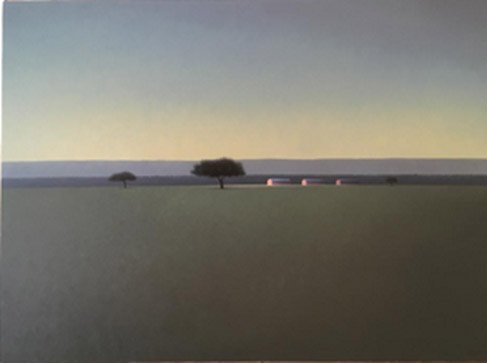 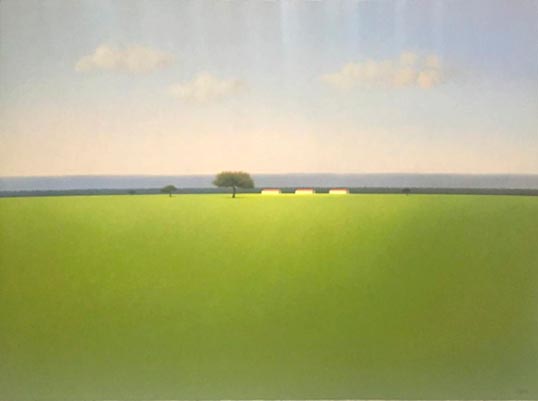 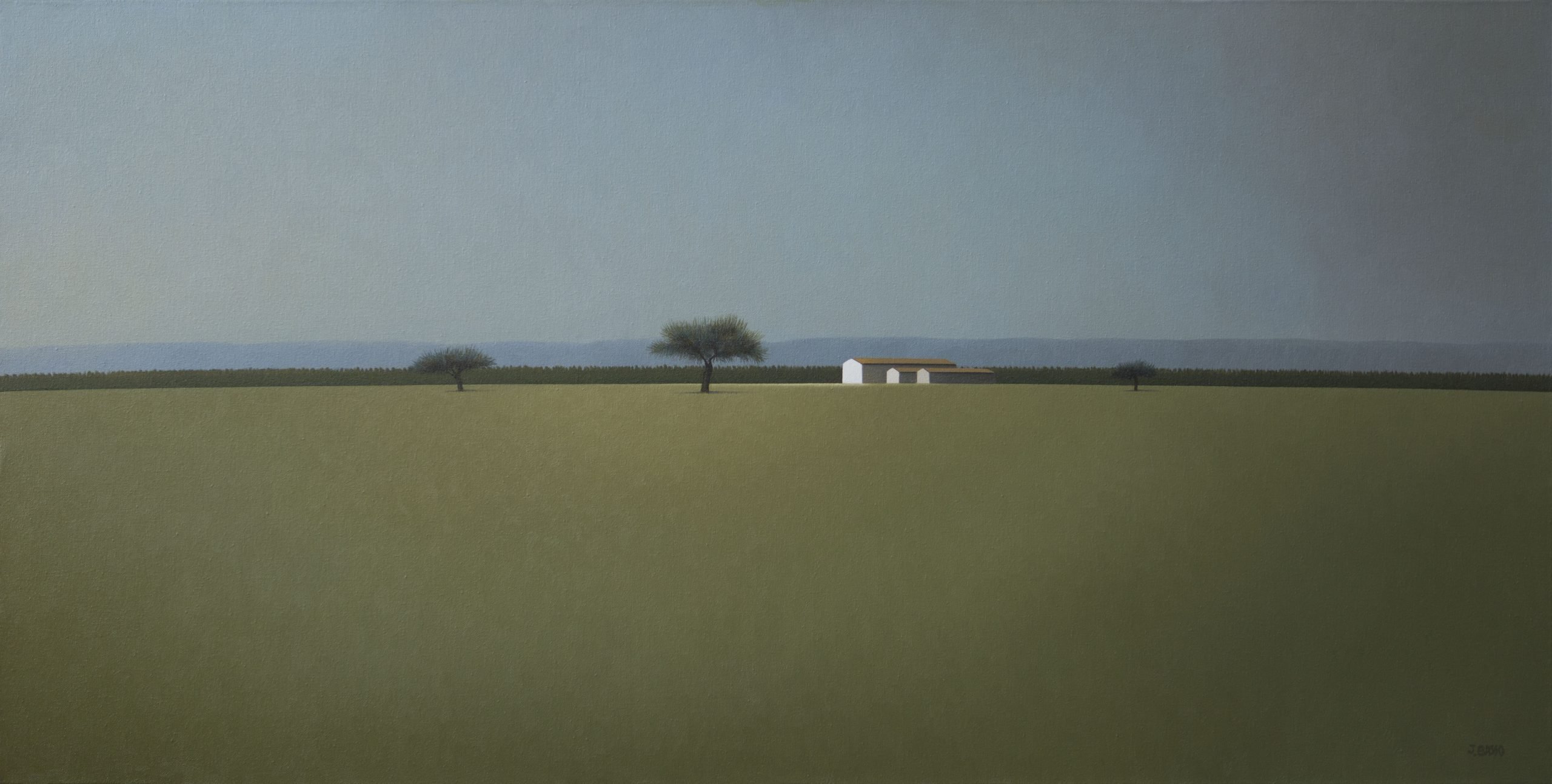 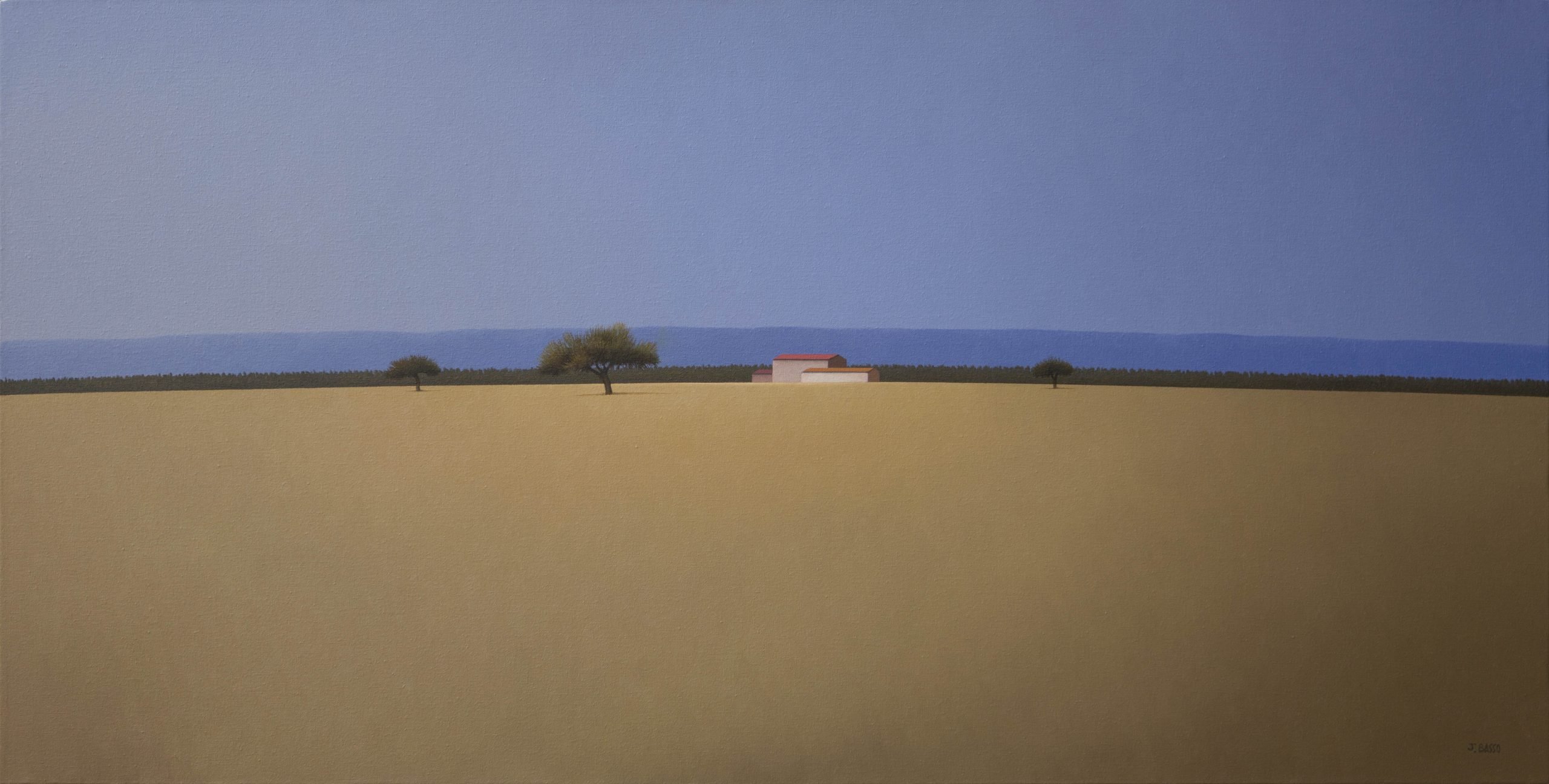 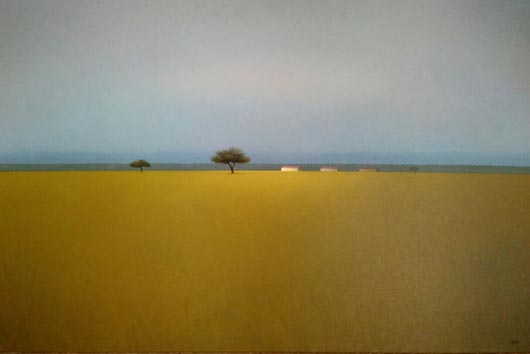 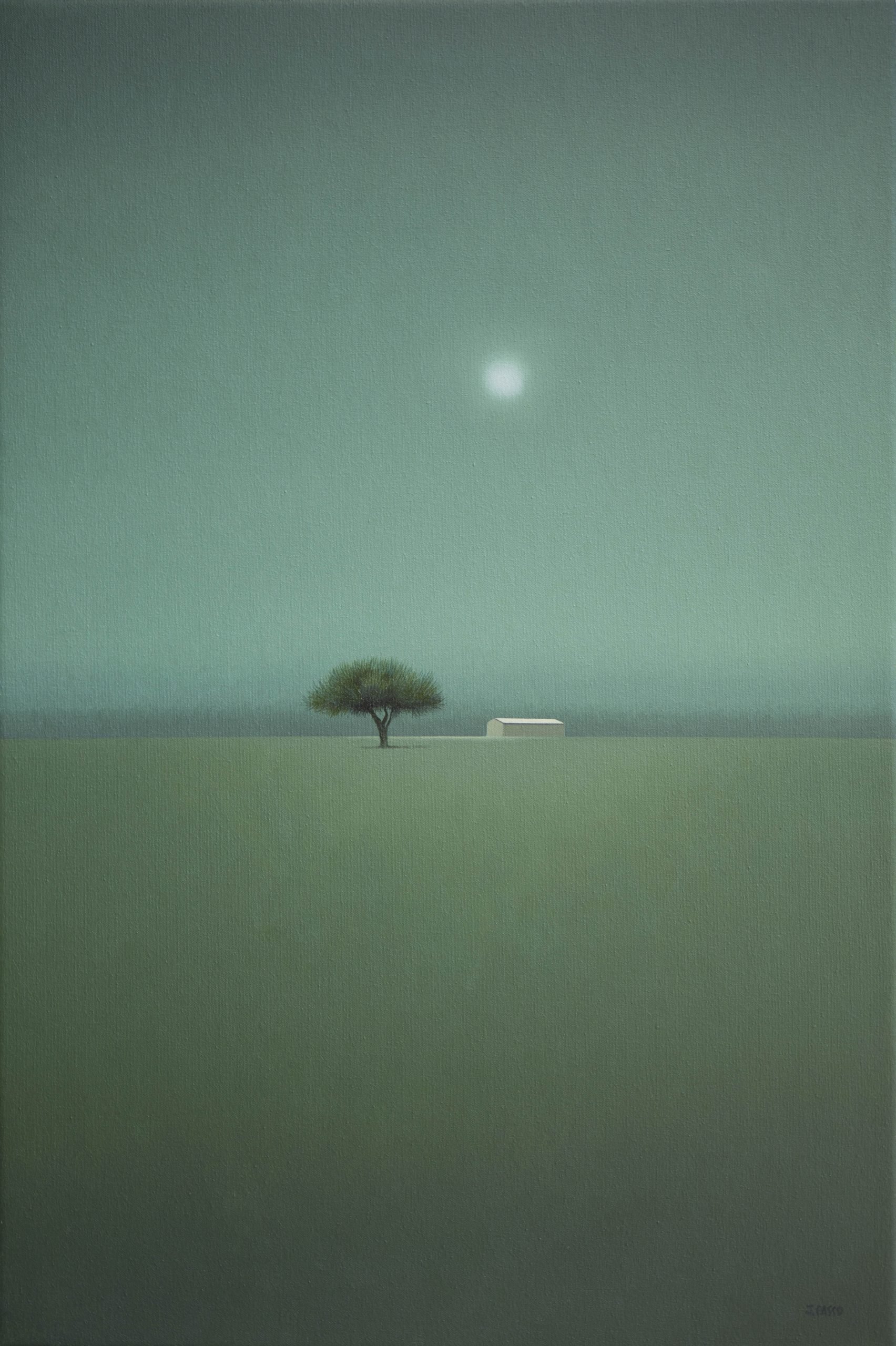 With a restless personality whose artistic interests range from plastic arts to the sophisticated world of jazz, José Basso is characterized in that he carries out a series of projects simultaneously, i.e., painting, photography, graphics, printmaking, video art and sculptural installations. His painting, characterized by the simplicity of his constructions, is his hallmark, where green meadows or golden wheat fields transport those who admire them into unfathomable landscapes, which say much more than what is seen with the naked eye.

José Esteban Basso’s work has been exhibited in Latin America in countries such as Colombia, Argentina, Puerto Rico and he represented Chile at the XVII Biennial of Sao Paulo, Brazil in 1983. He has been invited to exhibitions in New York, Washington, D.C., and countries such as Croatia, Romania, Poland, India, Italy, China and Japan where he exhibited at Tokyo’s Hara Museum in 1992.

In 2011, Chile’s National Museum of Fine Arts organized a great retrospective exhibition of 30 years of his work, for which he was awarded the 2011 Prize of the Chilean Academy of Fine Arts. That same year, the Senate of the Republic awarded him the National Congress Bicentenary Medal. In 2014 he received the Artistic Career Prize, awarded by the National Council of Culture and Arts.