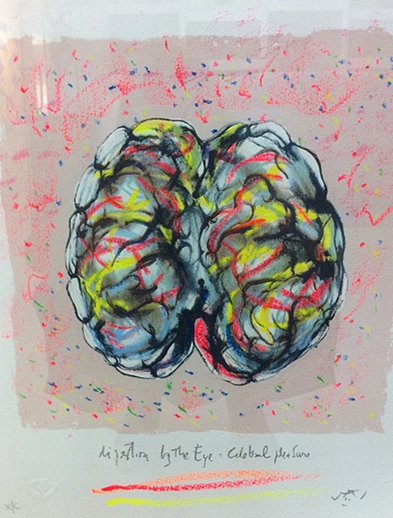 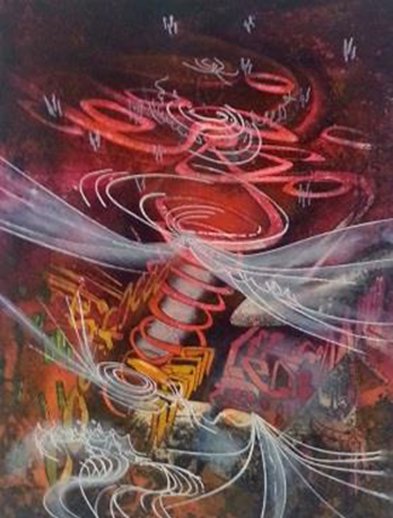 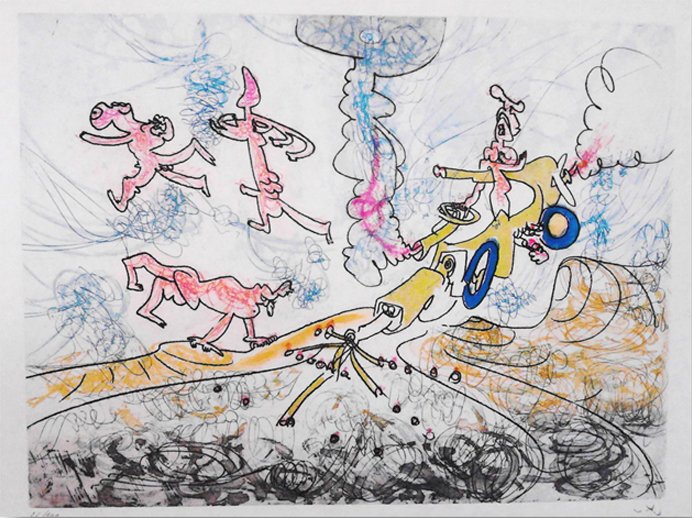 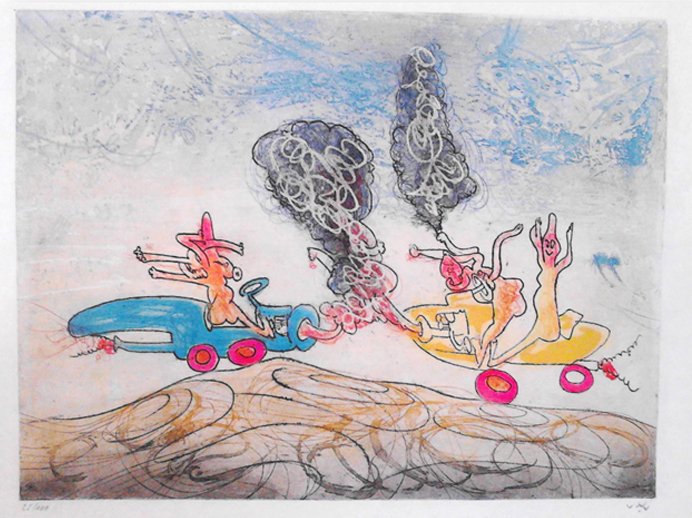 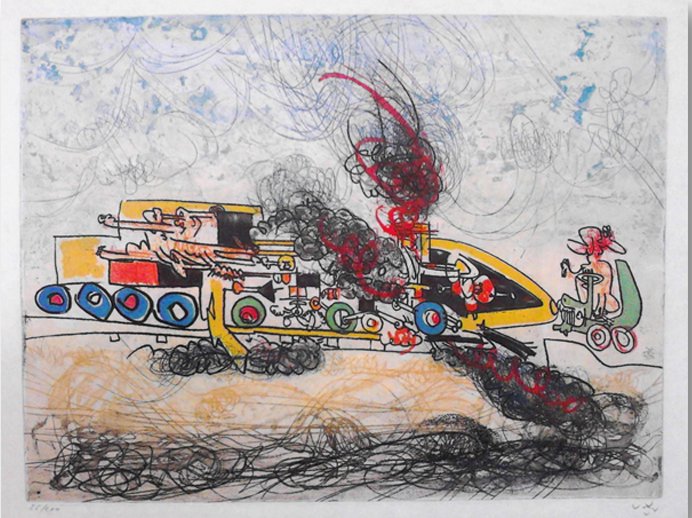 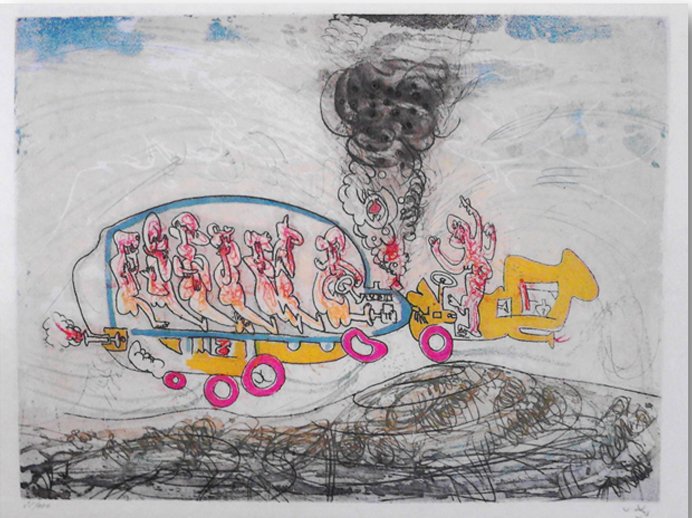 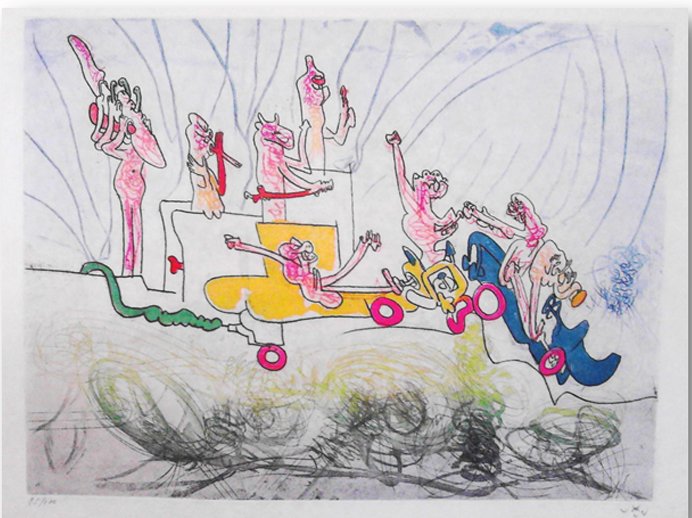 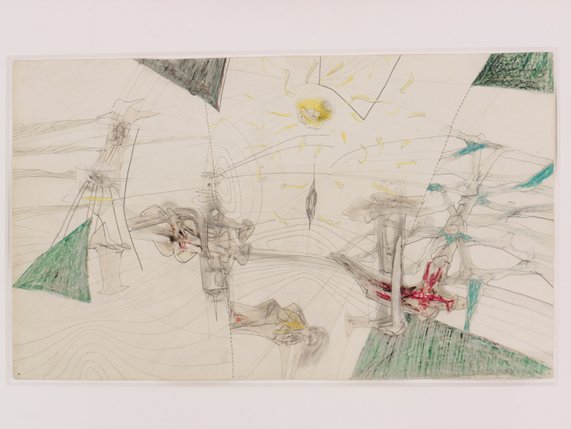 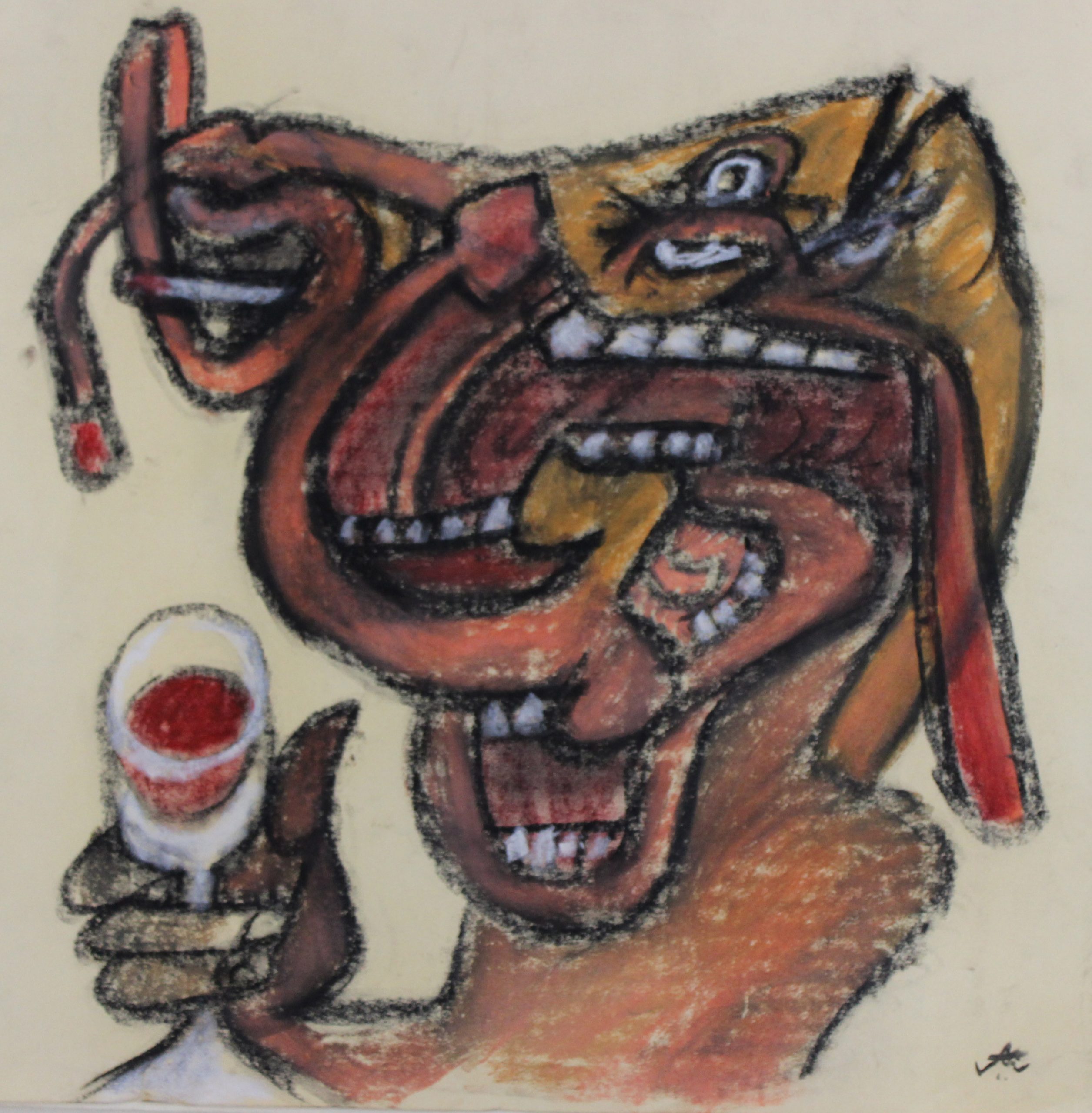 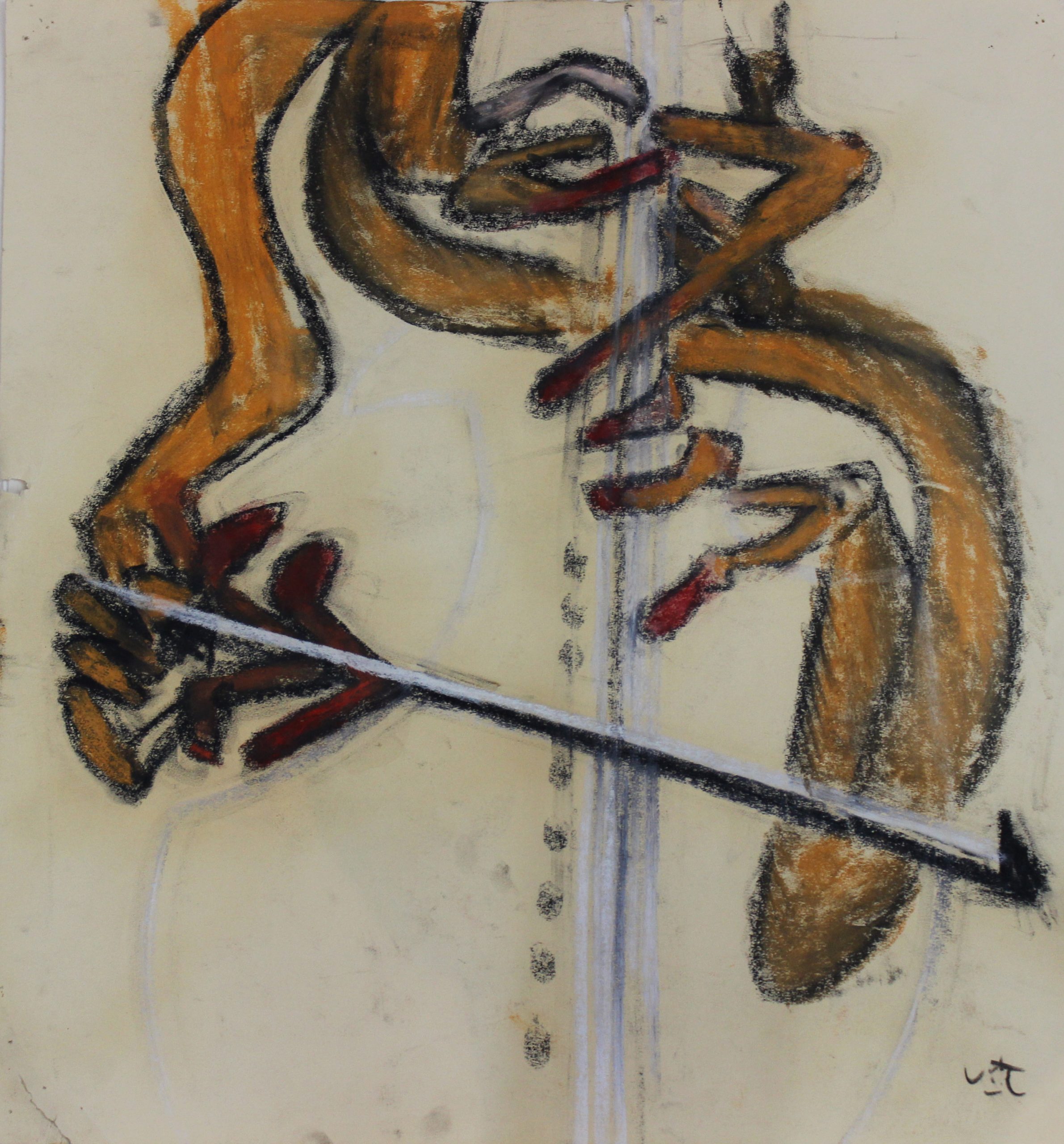 Roberto Sebastián Matta Echaurren, painter, was born in Santiago, Chile on 11 November 1911 and died in Civitavecchia, Italy on 23 November 2002.

His artistic training began in Chile. He attended the Free Workshops of the School of Fine Arts of the University of Chile, where he was a student of the painter Hernán Gazmuri. In 1933 he graduated as an Architect at the Catholic University of Chile. In 1935 he traveled to Europe. In Paris, he met the architect Le Corbusier and in Madrid he got to know Rafael Alberti and Federico García Lorca, two of the most influential authors in contemporary poetry.

In 1936 he settled in London where he worked with the architects Walter Gropius and Moholy-Nagy and socialized with British artists and intellectuals. During that year Matta had a brief stay in Portugal, invited by the Chilean poet Gabriela Mistral. Through her, he learned of the actual conditions and the problem areas in Latin America as stated by the Cuban, José Martí, and the proposal of the Mexican, José Vasconcelos, regarding the creation of cultural brigades.

Matta defined his artistic vocation in 1937 when he met the English artist Gordon Onslow-Ford, who encouraged him to paint. That same year he got in touch with the surrealists Salvador Dalí and André Breton. Adhering to the ideas about the creation of an art governed by psychic automatism, the Chilean was included in the movement and invited to participate in important exhibitions.

In 1939 he entered the artistic and cultural circles of New York together with Marcel Duchamp and Tanguy, obtaining exceptional acceptance among the young artists Pollock, Robert Motherwell and Gorky, representatives of the American avant-garde. It was the beginning of an intense activity in that country, which soon translated into worldwide recognition of his career, also making him the inspirer of the American abstract expressionist movement. At that time, Matta amazed people with his large-format artworks and repeated the representations of volcanoes and earthquakes under the theme of the cosmic creation of the Universe.

In 1948, the artist broke away from the surrealist movement and decided to return to Europe; but first he visited Chile to exhibit at the Dédalo Gallery and publish his text «Reorganimación de la Afectividad».

Based in Rome, he continued to evolve in his career during the fifties. He traveled to South America on several occasions, rescuing the iconography and color of the native peoples for his creative imaginary. By the end of the decade, his gravitating figure was the object of various tributes and retrospective samples of his work began to take place in the world’s most important cities. Worthy of special mention is the one held in 1957 by New York’s Museum of Modern Art.

In 1959 he was reincorporated into the surrealist movement and two years later, he traveled to Chile to begin the project of the mural, Living Facing the Arrows, at the State Technical University, today the University of Santiago.

In 1967 he established his residence in Tarquinia, near Rome, distributing his time between frequent stays in Paris, London and New York.

In 1970, Matta was present at the National Museum of Fine Arts for the inauguration of the great underground room that bears his name.

Inspired by the ideas of a revolutionary art, in 1971 he worked with dozens of young people from the Ramona Parra Brigade in the execution of collective murals in the borough of La Granja. That same year, a survey of the French magazine, Connaissance des Arts, ranked him among the ten best painters in the world.

Roberto Matta was recognized as the last surrealist and one of the most important artists of the twentieth century. He received the highest international distinctions. The government of Chile gave him the National Art Award in 1990.